API first, make backend great again! Or, why we invested in Treblle

We’re rounding out 2021 and ringing in 2022 with another announcement, this time, of our investment in Treblle. We’re very excited to lead the €1.2m Seed round of the London-headquartered/Zagreb based start-up and join Vedran, Darko, and Tea on their push to modernise the API ecosystem and make working with and understanding how your APIs are performing in real-time a breeze.

Meet the amazing faces behind Treblle

API that magical acronym that every start-up and tech company uses in their pitch-decks, on their websites, and when explaining how simple it is to integrate with their solution. It’s fast, powerful, and dare I say it, sexy (as far as that ever counts for tech).

First, some quick math: tell me how often you have heard that a company was “API first” or “it’s super easy to integrate via our API”, multiply that number by a factor of 5–10x for a start-up, and you will have the number of developers that are doing countless manual tasks to set up and maintain these APIs behind the scenes, who usually fail to simply debug and re-create issues that some of their clients are facing, and who are stuck explaining their ‘self-explanatory’ API documentation to a third party that is trying to build an integration to it.

Your devs are wasting over a third of their time on avoidable, manual tasks

The flipside of APIs being so customisable and often specific to a project, is that they can easily become burdensome and overwhelming over time, and this is the primary reason most app and API developers claim that they spend a good third of their time on these manual tasks.

API calls represented over 80% of all web traffic

At the same time in this interconnected, cloud dominated world, APIs rule everything around us ($$ bill y’all); in 2018 API calls represented over 80% of all web traffic (you can imagine how that number just keeps creeping up as our services become more and more interconnected). As Uncle Ben famously told Peter Parker in Spider-Man ‘with great power comes great responsibility’, and with most of the internet, public, and private traffic relying on well-functioning APIs, you can imagine the negative consequences in case you encounter a malfunctioning or badly coded API request. 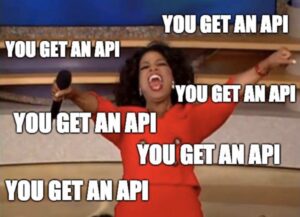 APIs are literally everywhere and Oprah would be proud

Although everyone knows the importance of and heavily relies on APIs, most companies do not know how their APIs are functioning in real-time until they encounter an issue, at which point they go into active firefighting mode. Given how most back-end and front-end integrations are built, there are serious concerns and potential risks that companies face on a daily basis, as can be seen in the following, highly accurate and technical schematics: 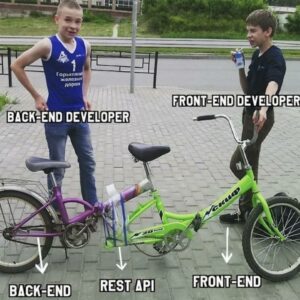 Exhibit A: State of the art Front/Back end integration 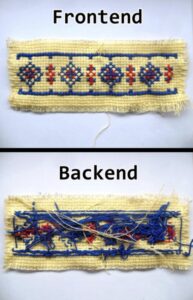 That’s where Treblle comes in: Vedran and Darko have built an end-to-end real-time API monitoring and error-tracking solution, that seamlessly sits directly on your code, works across the entire API lifecycle, and saves your developers time while increasing API observability and understanding.

Treblle provides the following for all your APIs and endpoints without impacting performance of the host or the API in the slightest:

It doesn’t matter if you’re an individual developer, a small start-up, or a large enterprise that needs to own, understand and control their APIs, Treblle has you covered.

It’s extremely straightforward and simple to use, and you can be live within a few minutes. Why not try it out via their interactive demo on their website: https://www.treblle.com 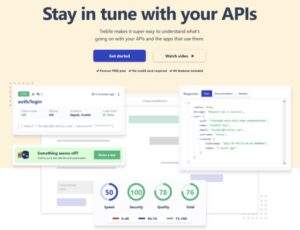 Hard to show the magic behind the scenes, but there is an interactive demo on the website

Why we love it:

The ease of use, massive process improvements and transparency that Treblle provide are a few of the key reasons to have invested in the team. In the words of Shawn Wayans in Scary Movie — “But wait, there is more”:

Thinking one step further, by understanding how your APIs are functioning, you also understand how each system is interacting and working with each other in real-time. As each system comes online as a node in your network of solutions, Treblle has the ability to understand best practices as well as identify issues and risks not just for entire organisations, but entire networks of organisations (this extends all the way across web3 as well). This can be from what combination of SW play and perform best together, to which combinations lead to potential risks and paths of attack.

Being able to understand and build on this will be vital for organisations of the future.

Obviously, we are just at the beginning of a long journey, but we’re very bullish on what the future has in store for Treblle and APIs in general!

With that it’s probably time to PUT this article on APIs and Treblle to REST, and finally POST this article (my editor is also telling me to GET a life as these jokes are not as funny as I think they are) 😉

Team Treblle, welcome to the Nauta Family, we are extremely excited to be part of this journey with you!

📚 Read more on APIs via the excellent post by Vedran on Hacker Noon: https://hackernoon.com/the-rest-of-the-10-commandments

👩‍💻 Hiring now: Work on the future of APIs and observability with a great & experienced team. If you are an experienced backend or full-stack developer with experience with Laravel the team would love to meet you!!