Why we invested in Cledara: Keeping software spend under control in the era of SaaS

Nauta Capital, the European early-stage VC, is pleased to announce its investment in Cledara, the all-in-one SaaS management platform. 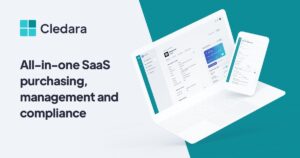 Cledara solves the chaos of software spend management in the world of BYOS, remote-working and distributed control

Nauta has just led the $3.4M Series Seed round in Cledara, alongside existing investor Anthemis.

Cledara is the all-in-one SaaS spend management solution that enables organisations to purchase, manage, and maintain the compliance of all the SaaS they use. Thanks to Cledara, companies can empower their teams to get the software they need as and when they need it, in a fast, secure and scalable way.

Cledara was founded by Cristina Vila in 2018 after experiencing the internal challenges that using SaaS can cause companies. Based in London with operations in Barcelona, Cristina was later joined by ex-Railsbank executive Brad van Leeuwen as co-founder and COO.

SaaS management chaos: we have seen it, we have suffered it

When we met Cristina and Brad at Saastock 2019 we quickly realised that they were onto something very interesting and useful. We are regular investors in SaaS, and our portfolio companies are heavy users of software and hence incur significant software expenses. We know from first-hand experience and from speaking to our founders that managing SaaS is chaotic and cumbersome.

In the future, this chaos will be compounded by many factors: the secular transition to the cloud, the digital transformation undertaken by all types of businesses, the popularisation of remote work, the increase in overseas teams within companies, and the acceptance of the BYOS (Bring Your Own Software) culture on top of the already tolerated employee behaviour of BYOD (Bring Your Own Device).

Cledara will be loved by CFOs around the world

Companies waste billions every year on duplicate, forgotten or unused SaaS purchases. Cledara makes it easier for companies to manage SaaS precisely at the time when cloud software is becoming an integral part of any organisation. Cristina and Brad like to speak about their mission to help companies control their software spend and save time and resources. We believe that such a mission is now more relevant than ever.

Cledara provides the ability to procure SaaS subscriptions while removing the friction at every stage of the SaaS user journey. Also, it allows the implementation of on-boarding and off-boarding processes, SaaS spend monitoring and analysis, as well as the integration of compliance to meet regulatory standards (such as those for financial services or GDPR) while reducing risk.

Cledara has also launched Cledara Rewards, a rewards program that allows points earned as you pay with the Cledara cards to be redeemed for cash in future purchases. Powered by the Cledara Mastercard, their solution is currently available in many countries across Europe. In our opinion, Cledara may become the system of record for software data within any organisation.

We believe that Cledara is a must-have for any company. The great traction Cledara is getting with clients and prospects seems to prove our hypothesis correct. Every CEO we meet agrees that managing SaaS is using more and more resources and asks for an introduction to the Cledara salespeople, and every CFO and CTO using Cledara loves the simplification of their teams’ workload. As one of them said, this Cledara tool is a no-brainer!

A team with the mission of relieving SaaS-ache

We all know that attracting top talent and learning fast are the key success factors for startups. Both Cristina and Brad as well as the rest of their team have ample entrepreneurial and operational experience and complement one another very well. Knowledgeable sources confirmed that they have developed and executed in a very lean-startup fashion. Besides, we also realised that Cledara is now one of the most attractive companies to work for both in London and Barcelona. 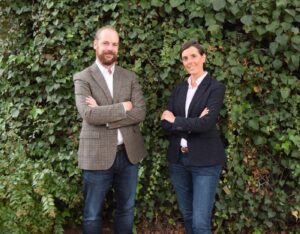 Cledara’s value proposition has been recognised widely within the industry, having recently been named as one of the hottest European fintech startups by FinTech50 and featuring in the new AWS Activate Console Exclusive Offers programme. It seems that Amazon also understands the need for high growth startups to simplify the management of the SaaS they use.

Furthermore, Cledara was part of the 2019 cohort of Techstars London and were named SaaS Startup of the Year 2018 by SaaStock, Europe’s largest SaaS conference, as well as one of the top 5 female-founded enterprise SaaS companies outside of the US by Melinda Gates’ Pivotal Ventures and M12. 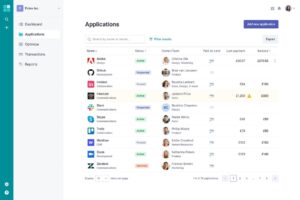 We are very happy to support the Cledara team in their mission to solve the massive pain of software spend management. Cristina and Brad, welcome to the Nauta family!