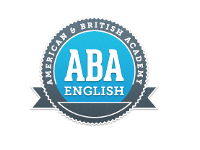 The Barcelona based e-learning start-up was launched in 2013 with new unique content and a new go-to-market approach. In its first year it reached 1 million students in 170 countries, with a particularly strong presence in Italy, France, Spain, Brazil and Mexico. The funding from Nauta will be devoted to accelerate ABA’s growth and international expansion.

According to Jordi Viñas, General Partner at Nauta Capital who led the transaction:

“With our investment in ABA English, Nauta confirms its commitment to innovative companies that use unique technology as a tool to disrupt traditional large spaces as for instance Education. Since ABA English was launched, the company has already proven its ability to attract and retain hundreds of thousands of customers to its platform, with a product that is innovative, attractive and is based on a highly robust methodology. All these goals achieved with a highly efficient use of the equity raised prior to Nauta’s investment.”

“Nauta’s funding will help the company drive exponential growth: we will invest in marketing and internal resources to bolster our number of students and our worldwide position, and we will also finalize and launch new technology developments for mobile devices. Nauta is a key partner for ABA; in addition to funding, the investment firm will contribute with their strong expertise in disruptive technologies and international business development.”