Denver, Colo. September 12, 2022 – Cledara, the first Software Management Platform designed for growing companies, announced today that it has completed a $20 million Series A funding round. CommerzVentures, the specialist fintech investor behind successes including eToro, Marqeta, and By Miles, led the round with additional investment by Carbide Ventures and Massive with additional participation from existing investors Nauta Capital and Notion Capital.

The funding will accelerate Cledara’s expansion in the US on the heels of explosive growth across the business. Total volume of software purchased through Cledara grew 830% in the last 12 months fueled by leading technology customers including UK’s newest insurtech unicorn, Marshmallow, mapping technology startup, what3words and data streaming platform Conduktor.

The United States has quickly become Cledara’s second-largest and fastest growing market with 35%+ MoM growth since they announced their US launch this past March.

Now with over 800 customers, Cledara was founded in 2018 to make it simple for any company to take control of their growing software subscriptions in a simple, intuitive manner. Cledara uniquely combines a payment platform with intuitive software management capabilities and is designed specifically for the journey of software within an organization. Cledara’s unique approach to SaaS management affords unprecedented visibility and control over a company’s software investments as they grow.

“Cledara is a result of my life-long desire to start a company that focussed on helping people” said Cristina Vila, founder and CEO of Cledara. “By helping growing companies discover, buy and manage the software they use to be successful, we empower them to focus their valuable time on what ultimately matters most – their people and customers”

Cledara elegantly solves for what most companies experience as they grow: How to manage and get value from their ever-growing stack of software subscriptions. With Gartner predicting a continued surge in the SaaS application market to $208B by 2023, Cledara’s exclusive focus on software is by design. While software is now most company’s second largest expense, Cledara estimates that $48 billion will be wasted by businesses on forgotten, unused and duplicate software subscriptions in 2022 alone.

Paul Morgenthaler Managing Partner of CommerzVentures said, “Cristina, Brad and the rest of the team at Cledara are freeing up growing businesses around the world to use the software that works best for them. Their product is perfectly timed, as recent market headwinds places greater attention on efficiencies, and their remarkable growth is testament to the value they deliver. We’re looking forward to seeing what the future holds for Cledara as they continue to establish themselves as a global SaaS player.”

Cledara issues credit and debit cards exclusively via the Mastercard network, and is one of only a handful of fintechs able to serve customers in the United States, the UK and in 28 countries across Europe. 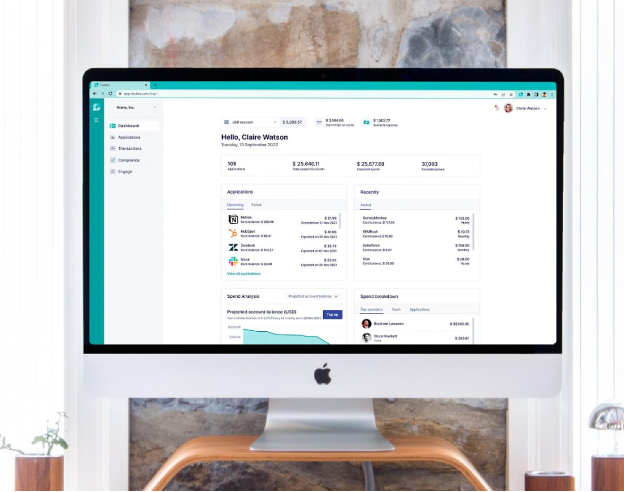 The Cledara dashboard displays 100% of a company’s software, all in one place.

“We see tremendous potential in Cledara’s ability to organize vast amounts of data surrounding software payments, usage and buyer preference which frankly we have not seen in any other player in the market. We are thrilled by our participation in their Series A, and believe Cledara has cracked the code on a huge problem with significant potential in the US”, said Pankaj Tibrewal General Partner, Carbide Ventures.

With offices in Denver, London and Barcelona, Cledara is actively hiring for sales, marketing, operations and tech roles in the US. Following the business’ sustained strong growth, Cledara’s founder, and CEO Cristina Vila, and co-founder and COO, Brad Van Leeuwen, will relocate to Denver to further build the businesses’ operational and market presence in the US.